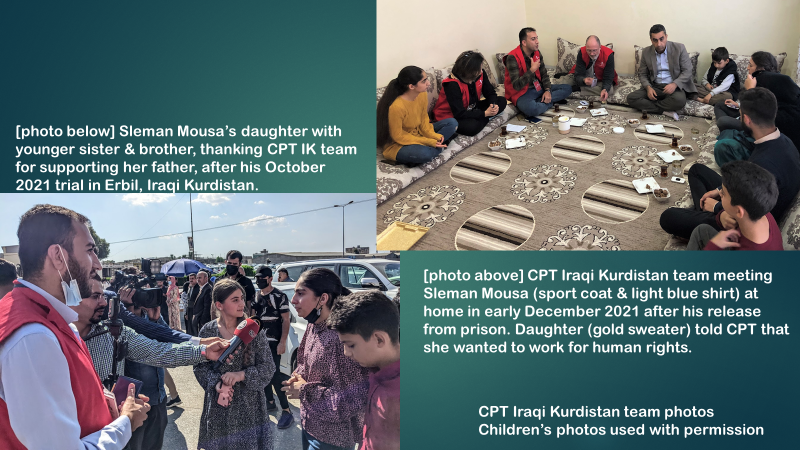 On our Lenten journey in John’s Gospel, Jesus is falsely arrested and accused for embodying truth that exposes the lies of powerful authorities, while Peter struggles with the call and cost of discipleship. That 1st century struggle between truth and lies is reflected in a 21st century reality in Iraqi Kurdistan, where activists and journalists are falsely arrested, accused, and imprisoned for exposing the lies and corruption of political authorities. The CPT Iraqi Kurdistan team accompanies, advocates for and amplifies the voices of those who are unjustly oppressed by political authorities. The struggle over following Jesus’ truth or empire’s lies is our choice today as much as it was Peter’s choice then.